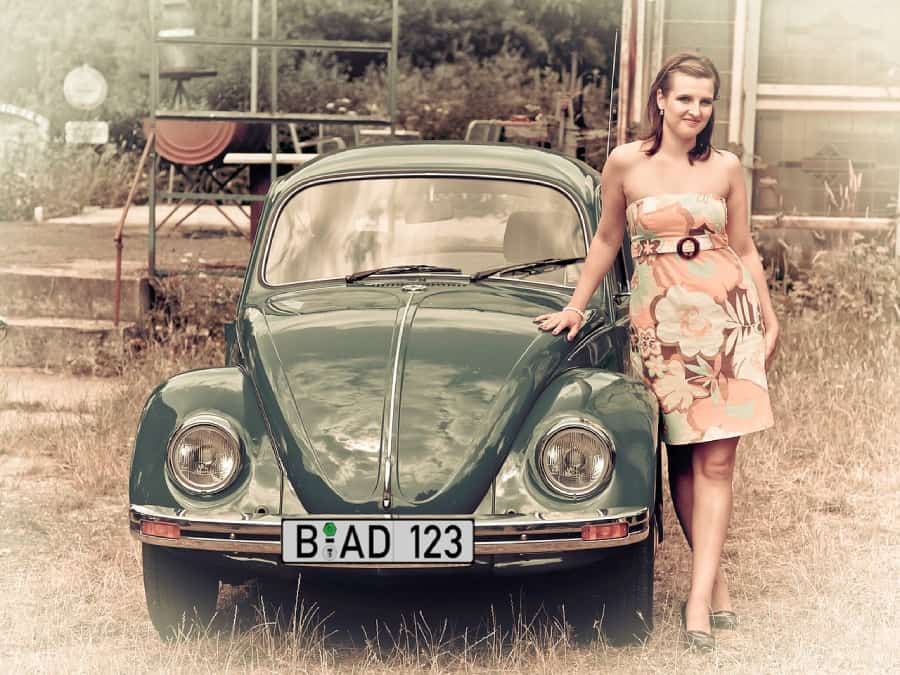 August in South Africa is Women’s month – an opportunity to salute those who have courageously gone before and whose sacrifice and service have altered the course of history. At Weelee, we thought it fitting to not only dedicate this blogpost to the pioneering women who changed our nation but to pay tribute to a trailblazer in the automotive world who paved the way for future generations. Drum roll, please...the grand old Volkswagen Beetle!

She has starred in movies and her record is exemplary, capturing the imagination of past generations with her spunk and attitude. Fondly nicknamed the ‘Love Bug,’ she is the epitome of retro nostalgia and a vintage icon and our Weelee team believe she deserves to be honoured. And if you ever owned one or happen to be a collector, we think you will agree.

Called the ‘people’s favourite’ for generations, VW Beetle’s influence began in 1937 – thanks to the engineering brilliance of Ferdinand Porsche – and since then, her popularity has not waned.

Through the decades, the iconic VW Beetle has made forward strides in the industry – challenging competitors and pushing boundaries. From surfer dudes, 50’s housewives and hippies, to first-year varsity students and collectors, the VW Beetle’s popularity has never waned. She is loved by all and is South Africa’s darling ‘Volksie.’  She is also one of our all-time Weelee favourites.

Originally commissioned by Adolf Hitler, prior to WWII, with the functional objective to be a people’s car, VW Beetle is the longest-running and most manufactured car to date. Produced from 1938, she even outsold the Ford Model T!

Produced in South Africa from the 1950s to the 1990s, VW Beetle’s simplicity and pared-down functionality have been a winning combination. (As a proudly South African platform, Weelee is honouring her as one of our hall of fame icons).

The romantic desire and pride in owning a VW Beetle – and a little piece of the past –  have never dwindled. And from a design perspective, we at Weelee are amazed at how she has reinvented herself over time. From the  1938–1952 model, with her split back window and the1953 model with her single oval window, to the redesigned 1958 model with her round-cornered rectangle window, she walks the historical automotive catwalk in style and elegance (and with a little added bling!).

Any influencer – past, present or future – has one thing in common: they can be relied upon, no matter what. This is where the VW Beetle stands head and shoulders above her peers. Due to her over-engineering, a VW Beetle rarely breaks down, and her cute, unique shape means she is loved the world over and will always get attention – online or on the road.

(We have taken a leaf out of her book and are committed to our Weelee reputation being one of trustworthiness and reliability – just ask the people).

The launch of the new and improved 21st Century Beetle, (the 1.2 TSI Design and the 1.4 TSI Sport), means that the VW Beetle is not a car only relegated to the past. She is a welcome update to her predecessors, ensuring that her popularity will continue to grow and she will be making strides into the future. Watch this space…

This Women’s month, Weelee acknowledges and honours the sacrifice and bravery of the women who have gone before, redefining history and making our paths a little easier to walk.

But as an online car selling platform, we have also enjoyed taking a trip down memory lane and paying tribute to a stylish trailblazing car from the past that has stood the test of time and influenced the automotive industry for generations.

We look forward to partnering with you when it comes time to sell your car.

Need to sell your car fast? Besides Weelee’s simple, safe & quick online experience, you can now also ‘Weelee it’ at our drive-thru experience in Pretoria.

It’s Women’s Month & we are looking at the reasons why savvy & smart South African women are choosing Weelee when selling their used cars online.

Looking for a ‘lekker’ experience when you need to sell your car online? Discover why South Africans are embracing the concept of Weelee’ing it today.